The Dark Side of Transparency 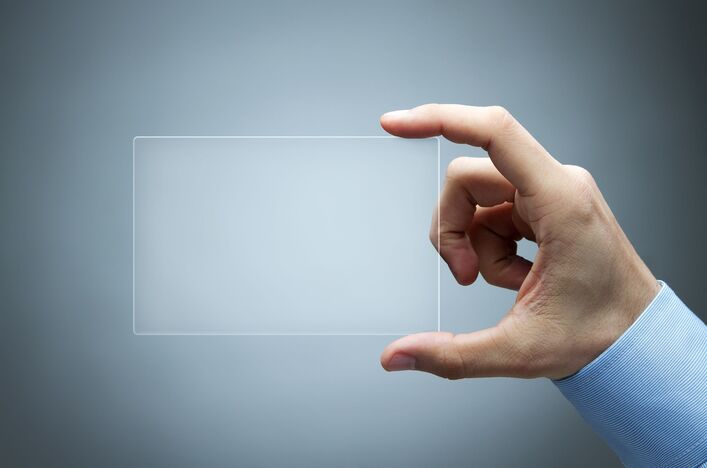 The Dark Side of Transparency

I wrote a bloge about “Radical Transparency” a term borrowed from a Harvard Business Review article,

According to HBR, “radical transparency”, the idea of everyone knowing what is going on, can be a major driver of increased organizational performance. The authors stated that the biggest reason companies fail is because people lose focus and get off track. However, making everyone’s performance visible helps to remove distractions and enables people to concentrate on what is truly important. With radical transparency, everyone can see how everyone else on the team is performing, and all employees get treated fairly according to their performance.

I recently read an article in McKinsey titled, The Dark Side of Transparency which claimed managers need to be smart about when to share and when to withhold information from their staff in order to avoid unintended “dark side” consequences.

Whilst I found the McKinsey article interesting, it frequently described extreme edge cases, and in my mind, does not negate the benefits of running a transparent organization or using a software dashboard to track results.

Here is my take on some of the “dark side” consequences described in the article, with my comments included:

Too much information and discussion?

The McKinsey article describes the use of online collaboration tools and meetings to broaden the number of people involved in discussions, in the hope this will lead to smarter decisions being made and people more likely to buy-in to those decisions. The downside is that decision-making can be slowed down when too many people are involved, and/or too many meetings are held. That and too much information can distract people from focusing on their role. Not all opinions carry the same weight either. Some people love sharing their opinions but may lack relevant domain knowledge, or have no responsibility to execute decisions that are made.

When it comes to information sharing, I believe the one page strategic plan, and real-time performance on Metrics (KPIs) and Projects should be accessible to all from their software dashboard. However, on a day-to-day basis, it makes sense to use filters so only the information and communication channels most relevant to the individual are kept visible on their personal dashboard. That way each person has what they need to plan and organize their work, assess their performance, and keep informed about issues that affect them, without being unduly distracted.

Yes, when making important decisions, it is highly desirable to solicit a variety of different viewpoints and make sure people feel heard before making your final decision. But not everyone needs to weigh in on every issue and it would be extremely impractical to do so. It is usually sufficient to canvas opinions from selected representatives from each functional area to make sure you get a broad range of perspectives and contrary points of view.

In my opinion, business leadership is not a democracy, and decision-making by committee is a recipe for mediocrity. “Groupthink” is another dangerous pitfall to guard against. In my view, “leaders must lead” and that means making taking responsibility for making clear decisions. If you are the leader, you are paid to make good decisions in the best long-term interests of the organization. I recommend you make it very clear upfront about how each decision will be made, and by whom.

As I wrote in an article, Hierarchy is good? studies have shown that in groups where there is little or no consensus about who has more, and less power, or when the pecking order is not clear, group members become less committed to their groups, and are less productive and effective. Many organizations who are experimenting with “holacracy” (where authority and decision-making are distributed throughout self-organizing teams rather than being vested in a management hierarchy) have discovered it can quickly devolve into endless meetings, vague decisions, and reduced productivity.

When facilitating strategic planning sessions with clients, I have found that surveying large numbers of staff can be very useful in the information gathering phase leading up to the planning session. But when it comes to decision-making on the day, it is a mistake to try to involve everyone. It slows the process down without adding any extra value. I limit the planning group to no more than 10 people; those whose input and buy-in are vital to the decision-making process.

The McKinsey article describes firms that have experimented with radical pay transparency where everyone’s salary is shared in an effort to treat employees as adults, to increase trust, and spur competition. The downside is that people figure out ways to game the system and focus on maximizing their individual gains as opposed to working for the collective good of the team.

Sharing salary information certainly is radical, but I have yet to see good evidence to support this practice. It is not clear to me how knowing someone else’s salary helps an organization or an individual be more productive? My view is that unless the pay scales are extremely well thought out there is more downside than upside.

You see, money is what psychologist Frederick Herzberg called a hygiene factor. It can satisfy you, but it won’t motivate you. You have to have enough to be satisfied, and if you don’t, then you’re dissatisfied. Also, if you don’t think you’re paid fairly, you get de-motivated. But once you receive what you consider to be “fair” for your role, money ceases to be a motivator.

Research shows that poorly designed incentive schemes do more harm than good, and can demotivate rather than motivate your people. When job roles require interdependence and cooperation (as most do), dispersed rewards (individual incentives) have consistently produced: lower job satisfaction, less collaboration, lower productivity, and weaker financial returns.

For most of us, our roles are complex, multidimensional, and interconnected. The quantity and quality of our work are highly likely to be affected by other people on our team, and/or other functional areas of our organization.

The conclusion I draw from research on salaries and incentives to date is that if you decide to offer financial incentives in an effort to motivate your people, you are better off using team-based, or even company-wide incentives. Group-based rewards encourage collaboration, teamwork, and unity of purpose.

Reduced creativity for people who fear being watched?

The McKinsey article states that being “watched” causes people to self-censor themselves and withhold suggestions for fear of being judged negatively, or they become too scared to experiment in case they fail while being watched.

The “observer effect” is a well-known scientific phenomenon. Early management studies demonstrated what they dubbed “The Hawthorne Effect” (named after the factory). When workers know they are being observed (e.g. by researchers), they behave differently. Research shows that in the presence of others, people perform better on repetitive, practiced tasks, but perform worse on tasks that call for creative thinking.

I certainly don’t subscribe to the Orwellian video surveillance of meetings or the micromanagement of processes as described in the article.

When it comes to tracking performance, the aim when using software dashboards is to identify and track the outcomes and key drivers for every team and every role. Employees are given the freedom and autonomy to innovate and figure out how best to deliver on their goals, and team leaders meet weekly with their employees regularly to discuss progress and provide coaching.

I do agree with the article that some forms of creative work are difficult to measure (e.g. design, creative marketing). For me, it’s not about the amount of time put in, or the number of ideas generated. Ultimately, it’s about the quality of the chosen idea, how well the project can be executed, and how much value it generates.

The article concludes by stating, “Transparency is vital, but it has a dark side, and it takes real skill to get the balance right”.

I would change that sentence to, “Transparency is vital, but use common sense to make sure only the elements important for increased productivity and employee engagement are made visible”.