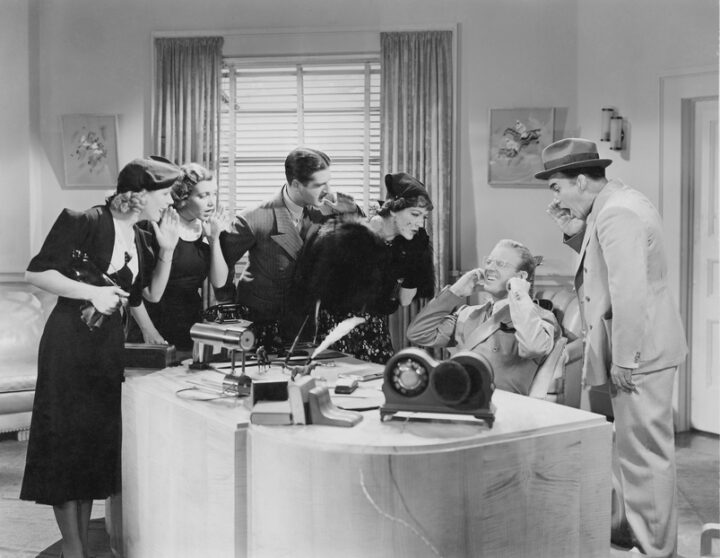 I spent 7 years living in San Francisco city from 2013-2020, at the peak of when tech firms were taking over inner-city buildings and warehouses. When I looked inside these buildings, I saw that most software firms deployed open-plan offices, where everyone was seated at tables in one big open space. I often wondered whether the decision to configure work environments in this manner was based on a rational analysis of the pros and cons of the impact on their workforce, or whether they just followed the prevailing trend without questioning why they are doing so? Cynically, you can also point out that having an open-plan office typically means you need less space and pay less rent.

Extroverts seem to revel in these highly social environments. Introverts (disclosure: I am one) find it draining. Proponents of open-plan offices tout the benefits of increased camaraderie, collaboration, and communication. Opponents complain about the noise, interruptions, and reduced productivity. So who is right? Actually, both.

The open-plan office was (purportedly) designed by a team from Hamburg, Germany in the 1950s to facilitate communication and idea flow. Many studies have been conducted on open-plan offices in the ensuing decades.

Interestingly, most of the research comes out against the concept. You may have strong personal views on the subject.

What do the studies say?

In 1997, a large oil and gas company in Canada was monitored as they transitioned from a traditional office arrangement to an open one. Over a period of 6 months the researchers reported that employees found their open-plan offices to be disruptive, stressful, and cumbersome, and, instead of feeling closer, the employees felt distant, dissatisfied, and resentful. What’s worse, productivity fell.

In 2011, a review of more than one hundred studies about office environments found that, although open offices fostered a symbolic sense of organizational mission and made employees feel like they were part of a more laid-back, innovative organization, they were damaging to the workers’ attention spans, productivity, creative thinking, and satisfaction.

A survey of some 38,000 workers, found that interruptions by colleagues were detrimental to productivity and that the more senior the employee, the worse their performance was impacted by such interruptions.

The most complained about aspect of the open office is NOISE, which has been linked to reduced cognitive performance, and impaired ability to recall information. Putting headphones on and listening to music to block out the chatter (as I do) may or may not help. Studies have shown that even listening to music can impair our mental acuity.

What about our health?

Psychologically, having a physical barrier between coworkers has been linked to giving people a sense of personal privacy, which boosts their job performance.

Proponents of open offices claim that younger workers prefer the open plan style of working. A study of workers born after 1982 found that while the noise levels in open-plan offices were just as distracting to them as it was to their older counterparts, these workers were willing to tolerate these distractions because they felt that an open space created a sense of camaraderie; and they valued the increased time spent socializing with coworkers, whom they often saw as friends.

Some questions come to mind.

Do open plan offices mean accepting the tradeoff of lower productivity in return for more camaraderie?

Do open plan offices mean accepting the tradeoff of working longer hours; because the increased number of distractions means it takes longer to get things done?

Do open offices, with all the noise and distractions, reduce the possibility of achieving a state of flow?

Flow is the mental state of operation in which a person performing an activity is fully immersed in a feeling of energized focus, full involvement, and enjoyment in the process of the activity. In essence, flow is characterized by complete absorption in what one does.

Open-plan offices are great for collaborative discussion and creative work, where each person feeds off and builds on the contribution of their co-workers. You could call this state of working “group flow”. Open-plan spaces are great for “discussing and planning the work”.

However when it comes to actually “doing the work”, you also need spaces with minimal interruptions and background noise where people can work in peace and achieve a state of “individual flow”.

Ideally, you want to create a workspace where both types of work environments can be accommodated – open spaces for collaborative discussion, and private spaces for getting things done without interruption.