Lessons From Peter Thiel – Zero to One 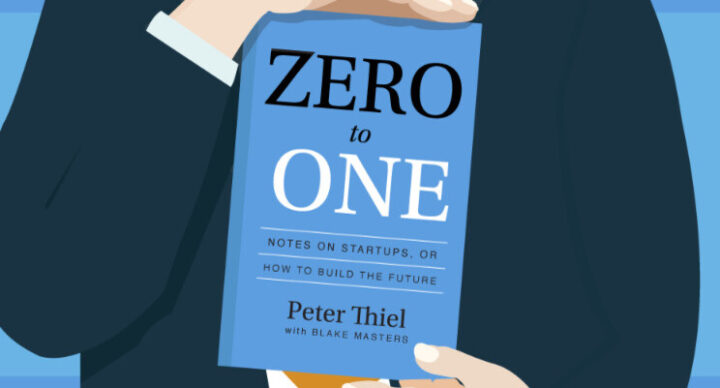 Lessons From Peter Thiel – Zero to One

Peter Thiel’s book Zero to One made me think.

For those who don’t know Thiel, he is a silicon valley entrepreneur who founded two multi-billion dollar companies, PayPal and Palantir. As a venture capitalist, he was the first outside investor in Facebook and made early-stage investments in Linkedin, Yelp, Lyft, Asana, Yammer, and many other successful technology companies. As you can imagine, his business and investing acumen have made him an extremely wealthy man. He is also known as a polarizing figure for his political views.

Here is a brief summary, quoting key excerpts from the book.

“Winning is better than losing, but everybody loses when the war isn’t one worth fighting. If you focus on near-term growth above all else, you miss the most important question you should be asking, ‘Will this business still be around a decade from now?’

Nobody wants to give up on an investment. Venture Capitalists usually spend more time on the most problematic companies they own than they do on the most successful.

Everybody is an investor. An entrepreneur makes a major investment just by spending their time working on a startup. Therefore every entrepreneur must think about whether their company is going to succeed and become valuable. The most common answer to the question of future value is a diversified portfolio: ‘Don’t put all your eggs in one basket’, everyone has been told. Even the best venture investors have a portfolio, but the best investors make as few investments as possible.

But life is not a portfolio: not for a startup founder, and not for any individual working for the company. An entrepreneur cannot “diversify” themselves: you cannot run dozens of companies at the same time and then hope that one of them works out well. Less obvious but just as important, an individual cannot diversify their own life by keeping dozens of equally possible careers in ready reserve.

You should focus relentlessly on something you’re good at doing, but before that, you must think hard about whether it will be valuable in the future.”

“As an investor, it’s always a red flag when entrepreneurs talk about getting 1% of a $100 billion market. It’s easier to dominate a small market than a large one and much easier to reach a few thousand people who really needed your product than to try to compete for the attention of millions of scattered individuals. The perfect target market for a startup is a small group of particular people concentrated together and served by few or no competitors.

Once you create and dominate a niche market, then you can gradually expand into related and slightly broader markets. It takes discipline to expand gradually. The most successful companies make the core progression – to first dominate a specific niche and then scale to adjacent markets.”

“Silicon Valley has become obsessed with disruption. Originally, “disruption” was a term (described in the book, The Innovator’s Dilemma) to describe how a firm can use new technology to introduce a low-end product at low prices, improve the product over time, and eventually overtake even the premium products offered by incumbent companies using older technology.

However, disruption has recently transmogrified into a self-congratulatory buzzword for anything posing as trendy and new. What really matters is generating cash flows in the future, so being the first mover doesn’t do you any good if someone else comes along and unseats you. It’s much better to be the last mover – that is, to make the last great development in a specific market and enjoy years or even decades of monopoly profits. The way to do that is to dominate a small niche and scale up from there.”

“In Silicon Valley, the buzzwords of the moment call for building a “lean startup” that can “adapt” and “evolve” to an ever-changing environment. Would-be entrepreneurs are told that nothing can be known in advance: we’re supposed to listen to what customers say they want, make nothing more than a “minimum viable product,” and iterate our way to success. But lean is a methodology, not a strategy.

The most important lesson to learn from Steve Jobs has nothing to do with aesthetics. The greatest thing Jobs designed was his business. Apple imagined and executed definite multi-year plans to create new products and distribute them effectively. Forget “minimum viable products”. Ever since he started Apple in 1976, Jobs saw that you can change the world through careful planning, not by listening to focus group feedback or copying others’ successes.

As Chess grandmaster Jose Capablanca said, “In order to improve your game, you must study the endgame before everything else.”