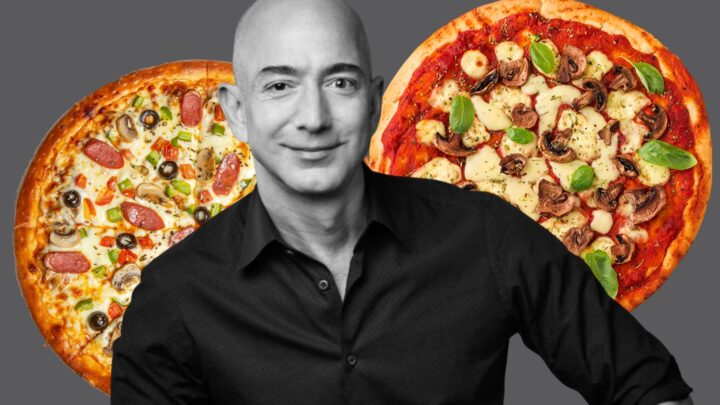 This week: Excerpts from a couple of interesting articles about teams and how to get the most from them.  One from Inc. Magazine, the other from my friend and mentor, Wally Bock (who coached me to write my book, Business Execution for Results).

This article from Inc. Magazine states that the size of the team isn’t as important as the person who leads it. And whether that person has the time and authority to actually get the job done. Quotes from the article are in italics.

“You’ve probably heard of Amazon’s two-pizza-team rule: No team should be larger than the number of people that can be adequately fed by two large pizzas. What you likely don’t know is that despite the approach’s initial success, few people inside Amazon actually talk about two-pizza teams.

Amazon found that the biggest predictor of a team’s success wasn’t whether it was small but whether it had a leader with ‘the appropriate skills, authority, and experience to staff and manage a team whose sole focus was to get the job done.’

Two-pizza teams evolved into Single-Threaded Leader (STL) teams, a term borrowed from computer science that means to only work on one thing at a time.

Since your organization is likely smaller than Amazon’s you may not be able to completely free up the team’s leader. But you can ensure that he or she has sufficient time to devote to leading the project by temporarily reassigning certain tasks, certain responsibilities, etc.

That way the (semi) single-threaded team leader gets the necessary bandwidth to take on the project, and others in your organization get the opportunity to step in, step up, and further develop and expand their skill-sets.

Then decide how many people should be on the team. If you can keep it two pizzas, fine. One pizza? Even better. The smaller the team, the more manageable and agile. The more valuable each individual feels. And the more invested they tend to be in the overall outcome.

Just make sure that you focus more on choosing a team leader with the skills and experience to get the job done than on the size of the team. And that you give that person both the time and the authority to actually get the job done.”

This article from Wally Bock states that we like to think that we can throw a bunch of folks together, wave a magic wand, hang a sign on them that says ‘Team’, and be done with it. But there are three inconvenient factors we need to take into account. Quotes from the article are in italics.

“It’s easy to tell when a pair of horses is a team. They’re both hooked up to the same wagon and facing in the same direction and maybe even pulling together. When it comes to human beings, though, the word “team” is not so precise.

CEOs refer to tens of thousands of people in their company as “our team.” Many of the “teams” I encounter in business aren’t teams at all, they’re just a bunch of people who happen to work together.

The reason that we establish teams in business is to do what individuals cannot do alone. Some team members should have skills that other team members don’t have but which are important to accomplishing the common mission. What we’re after is a whole bunch of brains pulling in the same direction. We want synergy.

Teams must learn how to work together. Team members need to know each other’s strengths and weaknesses. Members have to learn how to trust each other to do their job and do it well. That doesn’t happen overnight.

If you want to have a team, you’ll have to give it enough time to grow and become a team. There are no shortcuts.

Effective communication is at the core of great teamwork. With a two-person team, that’s fairly easy. Each person has to account for one other person. But add a third person and a fourth and a fifth, and the communication complexity expands exponentially. Most great business teams are fairly small.

J. Richard Hackman, the preeminent psychologist who studied teams, said that an effective team should not exceed six to eight members. That matches up with what we know about primitive hunting parties and about effective size for long-range reconnaissance patrols. This is clearly not an absolute limit because there are business and military teams that are somewhat larger and work quite well, but generally, smaller teams are more likely to succeed than bigger teams if they have all the skills they need.

Distance Is The Enemy.

The best, most effective teams are likely to work in the same place.

(MIT professor Thomas Allen)…looked at engineers working on the same team and discovered that the frequency of communication between them decreased exponentially as the distance increased. This is sometimes called the “Allen Curve” or the “Propinquity Effect.”

Good teams take time, 6 to 8 people is optimal, they need to work closely together, and the leader needs to be focused.

Time, size, distance, and focused leadership. These are some of the key variables that impact how effective a team will be in a physical environment. But with remote and hybrid workplaces becoming more prevalent, this adds even more variables and presents new challenges for team leaders to solve…