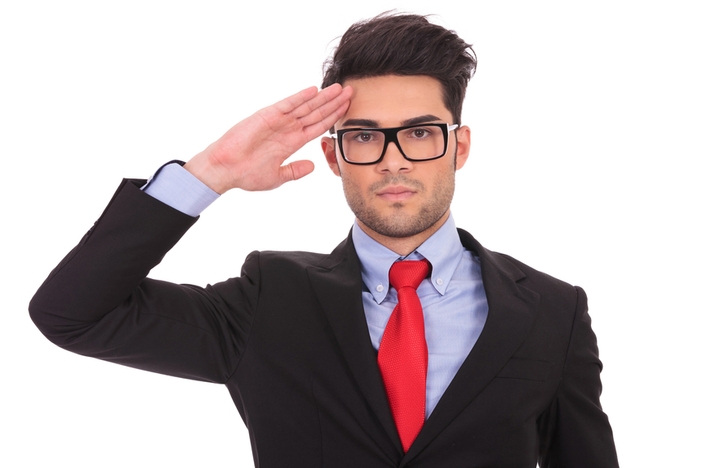 Management guru Gary Hamel has stated that “bureaucracy must die” and that “top-down control is toxic.”

At face value, these slogans sound like things we would all instinctively agree with, and I suspect it is because so many books and articles have conditioned us to think that “hierarchy is bad”. But is it really that simplistic? As usual, when you dig deeper, the truth is somewhat more nuanced.

I read a fascinating bio on Larry Page, the co-founder, and CEO of Google. The story goes that for many years he was “anti-management”. After all, Google went to great lengths to only hire the most talented software engineers, and Page thought that having a layer of supervisors to manage them and prioritize their work was an unnecessary cost and an impediment to getting work done. He reasoned that Google’s team of highly talented people should be able to self-organize and manage themselves. Interestingly, we’ve seen other tech companies like Zappos experiment with an extremely flat management approach which they call “holacracy”.

Google being the data-centric company they are, decided to use data to test Page’s hypothesis that “managers don’t matter” anymore. The findings surprised them. They were wrong. Without middle managers, frustration and confusion were rampant. Without middle managers, it was nearly impossible for people to do their work and for the leaders at the top to grasp and influence what was really happening in the company.

Page learned the hard way that a hierarchy can be too flat and that middle managers are a necessary complexity. Their research showed that not only were their managers critical to successful operations but that their “good managers” actually increased job satisfaction and employee retention. Middle managers drive business execution.

Stanford Professor, Bob Sutton in an interview for his book, Scaling up Excellence said, “I have always despised hierarchies in my heart, but research has taught me that they are good and necessary. Of course, some hierarchies are good and others are bad, but spreading and sustaining excellence depends on having an effective pecking order.”

Sutton states that whether we like it or not, the evidence in favor of hierarchy is overwhelming. Here is a summarized version of his interview:

Whether researchers study people, dogs, or baboons, hierarchies are evident after just minutes of observation. And when strangers meet for the first time, a hierarchy of leaders and followers begins to emerge immediately. When scholars attempt to find an organization that is not characterized by hierarchy, they cannot.

Organizations that are celebrated for their lack of hierarchy may downplay and reduce status differences, but they always have some people with greater formal and informal power than others, and associated pecking orders. And eliminating job titles such as “manager” or “supervisor” doesn’t make the hierarchy disappear.

There has been a lot of talk about Zappos’ reorganization into a holacracy. Some headlines suggest that the company is getting rid of bosses, but that isn’t quite right. While more power is being pushed down the hierarchy, it still persists under the new structure.

This kind of claim that an organization is non-hierarchical because the top dog wields his or her power to push greater responsibility and accountability down to lower levels is also seen in the hype about other companies including IDEO and W.L. Gore. Yes, when people are given decision-making power and have the requisite confidence and skills, leaders do not need to monitor or coach them as closely, but there is still a hierarchy and certain people still have more decision making authority than others.

Sutton says, “If you can find a group of people (or dogs or baboons) without a hierarchy, I want to hear about it. Yes, power and status differences are sometimes reduced, but hierarchy is a fact of organizational life”

Studies have shown that in groups where there is little or no consensus about who has more, and less power, or when the pecking order is not clear, group members become less committed to their groups, and are less productive and effective.

A well-managed hierarchy is among the most effective weapons for getting rid of the friction, incompetence, and politics that plague bad organizations and the job of the hierarchy is to destroy bad bureaucracy.

According to Sutton, as you scale an organization, getting rid of hierarchy, or assuming that a flatter organization structure is better, is the wrong goal. Your goal as a leader is to build the best hierarchy you can.

By that, I take it to mean that we need to build the type of hierarchy that will most effectively develop and execute our strategy.