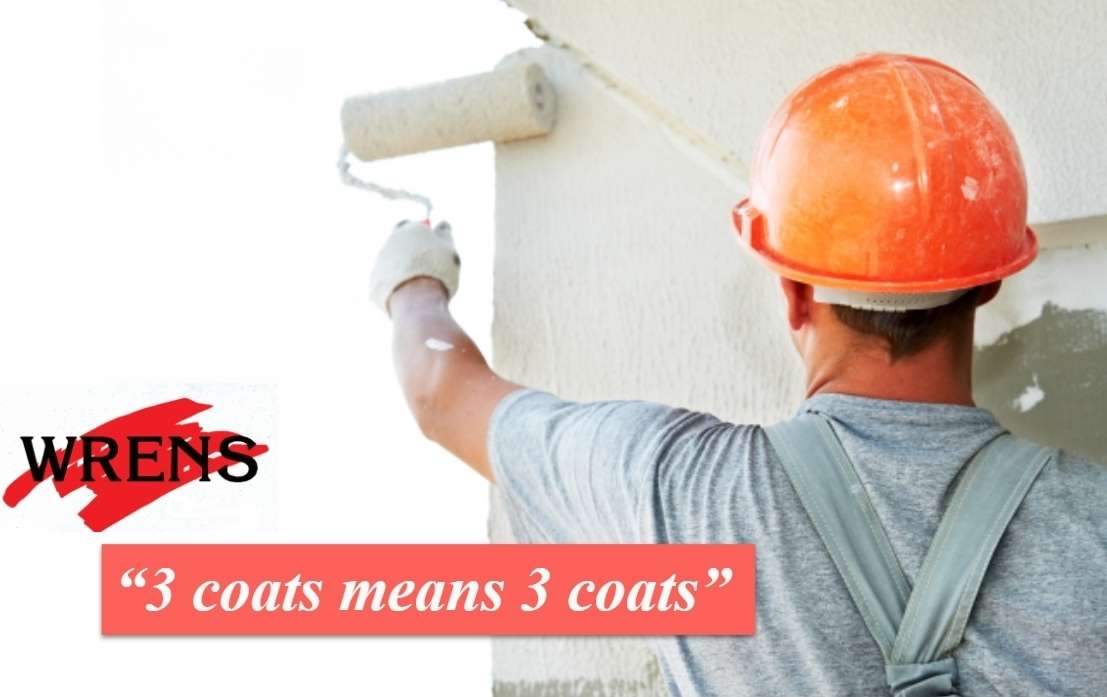 Core Values – The Behaviors That Define Your Culture

How to create clear rules that define your culture, and guide the behaviors of everyone in your company.

Here’s the catch – simply writing down some rules and turning them into a statement of Core Values doesn’t work. Your Core Values must be unique to your company and reflect the values you have. An excellent example of what that looks like is a value statement by the New Zealand firm James Wren & Co. It’s simple and to the point:

James Wren & Co. has been a high-quality painting contractor in the city of Dunedin for over a century. It’s a business where firms come and go and where many compete on price. Wren is different. Managing Director Richard Daniell explains the ideas behind their unique Core Value statement this way:

“It is easy in this industry to get away with one less coat if you tint your sealer/primer coat, and many of our opposition are known for it. We know you can do it, too, but you end up with an inferior finish, so we choose not to take the shortcut approach, often to the detriment of securing a contract. It is core because we are prepared to miss out financially by not securing contracts; it is spoken virtually every day by either one of our shareholders, estimating staff, tradesmen, supervisors, or clients. Examples of it are given in every edition of our newsletter. We incorporate this Core Value in nearly every decision we make.”

That’s a lot of words, but Wren gets all of that into a single sentence: “Three coats means three coats.”

That simple value statement reminds their people not to cut corners when preparing a bid. It tells buyers such as architects and interior designers why Wren’s bid may be higher than the competition’s. And it reminds their workers on the job about what really matters.

Imagine you’re fifteen years old, and you’ve just left school and joined this painting firm as your first job. When Core Values are expressed like this, you know exactly what sort of behavior is expected of you. It’s not an ambiguous and generic word like “integrity.” It is a clear statement of “Here’s how we do things around here.”

If you’ve been in business for a while, you’ve probably already developed some of those unwritten rules – “the way we do things around here” – that you’ll sharpen into your Core Values later.

Southwest Airlines is the most profitable airline in the history of the USA. The company was founded in 1971; 1973 was its first full year of profitability, and Southwest has been profitable every year since then. That’s 39 consecutive years as I write this. Other airlines have come and gone. No other airline has matched Southwest’s record.

There’s no one secret to success like that, but one key to Southwest’s success is its culture, “the way we do things around here.” One of Southwest’s most powerful cultural values is related to the concept of “fun.”

You know about fun if you’ve ever taken a Southwest flight. My experience is probably typical: I’ve heard Southwest flight attendants sing the safety instructions; I’ve seen them in costumes; I’ve heard them ad-lib little bits to liven up the standard safety language. No other airline seems to have fun like Southwest.

That’s no accident. Southwest is clear about its values, and it hires people who have the same values and will fit into the culture. That’s simple, but not easy.

Southwest’s number-one hiring criterion, the one they look for first, is a sense of humor. People with the right skills and a sense of humor are A-Players for Southwest. In some ways, their hiring process is like that of every other company that hires well. They have a clear idea of what knowledge, skills, and abilities they’re looking for. They check references. But there’s more.

Southwest has designed a hiring process that helps them make smart decisions about whether a candidate has a sense of humor. Candidates are interviewed by groups of Southwest employees. The process is longer than most, but, in the end, Southwest Airlines winds up with people who fit.

That’s where you want to wind up, too. You need to be clear about your Core Values so you can make them part of your hiring criteria. You’ll need to design a rigorous hiring process and follow it every time. That’s not easy, but it’s how great companies hire the A-Players who drive their success. So let’s start by looking at your Core Values.

What are your Core Values?

Get your team together. Let’s try to clarify what your Core Values are right now. Here are two ways that other companies have used to define their Core Values:

First, think about starting your company from scratch: Which five people would you rehire because they behave the way you expect your people to behave? Forget functional skills and roles for a moment and identify people who act the way you want everyone in your company to act, regardless of role.

Identify the behaviors that are common to all these people. Describe those behaviors in short, concise, three to five word descriptive statements. What did you come up with?

Here’s another way to get at your values: What behaviors has your company always been known for or stood for, no matter what the circumstances? If you want to really develop this line of thought, contact some of your customers and ask them what you’re known for. Put the answers into three- to five-word descriptive statements.

Other questions I often ask clients include: What behaviors annoy you in the workplace? What behavioral standards would you like every person in every role (including the CEO) to exhibit?

Let’s see if we can make some decisions. What are the top five behaviors that you want to be demonstrated by everyone in your company, regardless of their role? State each one in three to five words like James Wren & Company did with their Core Value I described earlier: “Three coats means three coats.”

There’s no rule that you should have exactly five values. Zappos has more, but my view is that your people should know them by heart, so it needs to be a manageable and memorable list.

My view is that having Core Values like “honesty and integrity” is a waste of time. These are table-stakes behaviors for any company and are not things that are unique to your firm and your culture. You are not going to hire or keep anyone who is dishonest and a liar, are you?

Similarly, if doing the opposite of a stated behavior would be stupid, or nonsensical, then it’s not really a core value. It’s just a table-stakes requirement for any business.

This is where many companies miss the opportunity to build a powerful culture. Their core values are just generic fluff and don’t differentiate their company in any meaningful way. Where possible, I urge you to make a deliberate choice to design a unique culture that can execute your winning strategy.

Use the following questions to test whether the values you’ve listed are really “core”:

Your Core Values must pass all these tests.

You should make your Core Values an explicit part of the way you do business. Reference them when you make management decisions. At every weekly meeting, share stories of people in the company who have done a great job of exemplifying one of the Core Values. You may even give a monthly award to the person who best exemplified the Core Values.

Your Core Values determine the way you do everything that involves people at your company. Talk about your Core Values every day in the normal course of business to help drive engagement. Make them a key part of your performance appraisal process too…..”

Excerpted from the book: Business Execution for RESULTS, by Stephen Lynch